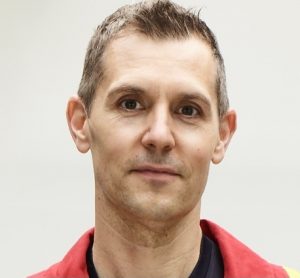 He has a longstanding interest in resuscitation, trauma, acute care and medical education. Jon established and directs a peer-to-peer basic life support programme that runs at several universities within the United Kingdom and is internationally recognised for the quality of its education and innovation. The course & its training is supported by the European Resuscitation Council (ERC) and Resuscitation Council (UK). Jon was one of the lead clinicians involved in the establishment of the West Midlands MERIT trauma service and is chair of the Birmingham, Black Country, Hereford & Worcester major trauma network board. He co-developed & ran the first critical care course in India for the Diploma in ICM in association with the Indian National Board of Exams, is a member of international faculty in the ERC and the group establishing the Training in Emergency Airway Management (TEAM) Course (RCoA / RCEM) in Qatar. Jon has published and presented widely in the fields of life support and pedagogy.

He remembers well the kindness and time that many people have given to him that helped him become the doctor he wanted to be and tries to fulfil a commitment he made as a medical student that he would do the same for others. 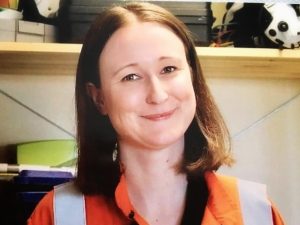 Laura was inspired by Jon Hulme’s BLS course in her first year of Medical School at Birmingham University and has been involved with the delivery of the BLS course throughout her undergraduate and postgraduate years.  In 2012 Laura joined the Central Accident Resuscitation and Emergency [CARE] Team in Birmingham/ West Midlands area as a volunteer doctor and gained valuable early experience of pre hospital medicine; this experience forged her love of this discipline.

In 2017 she gained an out of training programme position with The Air Ambulance Service [TAAS] charity as a prehospital emergency medicine doctor covering the counties of Warwickshire, Northamptonshire, Derbyshire, Leicestershire and Rutland.  She has now returned to her hospital training programme with the West Midlands Deanery and carries out shifts with TAAS as often as her schedule permits.

Laura has carried out research in the West Midlands in conjunction with colleagues in Sydney Australia.

Laura is well aware of the emotional demands on the critical care and pre hospital medicine team, to this end she has undertaken mentoring training so she is available to provide effective support to colleagues as the need may arise.

Laura enjoys the development of the Critical Care Course with the hope that it will inspire the new generation working in all aspects of critical care. 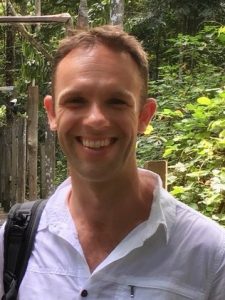 He has an established interest in medical education having taught on a variety of post-graduate courses regionally and internationally (including co-directing the first critical care course in India for the Diploma in ICM) before establishing and directing the first BASIC course in the West Midlands, which he led at the trust for 5 years.  During this time he was lead editor for the Cambridge University Press textbook “Emergency Airway Management” alongside Jonathan Benger and Jerry Nolan, which continues to also act as the course manual for the Royal College of Anaesthetists’ TEAM (Training in Emergency Airway Management) course.  He is a current member of the TEAM Course steering committee and led a 2 year project establishing the course overseas for the first time, in Qatar, and overseeing its continuing success.

His other professional interests include clinical research and quality improvement, alongside specialty interests in renal support, respiratory support, vascular and ophthalmic anaesthesia.  He has been involved for a number of years in national ICM Specialist Trainee recruitment, has been an EDIC examiner, has formed part of an external review team investigating excess mortality rates as part of the Keogh Rapid Review process and has been a NICE Medical Technologies Evaluation Programme panel member.  Outside of work he is happiest spending time with family or bobbing about in a boat. All the better if the two can be accomplished at the same time…

This course is the result of a great deal of hard work provided by many contributors:  the course directors would like to express their gratitude to all those who have provided their time and expertise in completing this project.